Allow me to "steal" an idea, if you will. I've come across several recent blogs in which the author has created a series to which they add when an opportunity arises. One friend blogs occasionally about "things she loves," my sister told me about a blogger who consistently writes about "things he wants to punch in the face," and one of my all-time faves is a guy who posts about "stuff on his cat," literally, he takes pictures of his cat with things stuck to it. And so as I thought about a common theme in my life, the only thing that came to mind was my kids' obssessions with trying stuff on. And so, when I say "steal," I mean kindly "borrow" the latter blogger's idea and I will call my new segment, "stuff on my kids."

Allow me to demonstrate with photos of the last several months in which my darling babies have taken their fetishes and ran with them. There is this little ditty in which my beanie babies test out their winter hats. 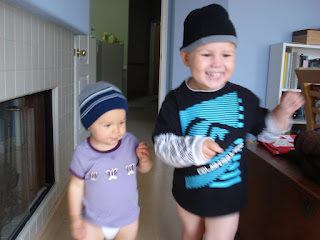 This gem of my sweet, and let me affirm, very masculine son, bubba. 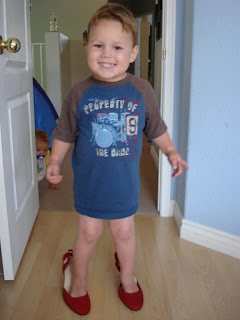 And of course, the princess getting ready for her debut in the shower. 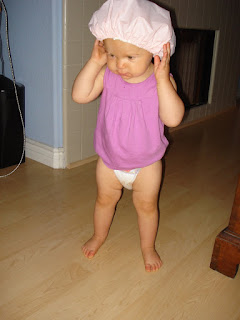 Ah, but lest I forget the most recent snapshot of little princess testing out her brother's new suit of armor. 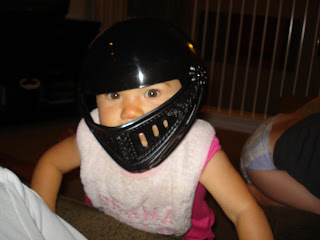 And thus begins the first of many posts of "stuff on my kids." Let the games begin, folks. Much more to come...

What about Princess wearing your pink and black zebra bra around her neck? I can't believe you didn't add that one to the list! ;-)

Oy vay, you're right. I didn't get a photo of that priceless moment though.

I can just see years from now you are putting a slide show together for their weddings and you are so going to have to best these little gems out again. Does PJ say, "there's no place like home" while sporting his red pumps? :)

Born to be Mrs. Beever said...

Ok, seriously? Just too silly. But those kids make anything look good!